We’ve had a lot of things working against us this summer. Between live bait being more scarce than years past, and THE WIND has been brutal until this past week. We’ve been fishing in 3-5ft seas nearly daily. This has been the most steady and hard wind we’ve had for June that I can remember! Even though we’ve had these challenges, the fishing has been the best I can remember as well. We have been running numerous charters per week and getting boat limits of King Mackerel nearly every trip. The King Mackerel fishing has just been absolutely EPIC this summer, with several fish in the 30-40lb range. We have enjoyed multiple hook-ups several times per trip and jumping sailfish fairly regularly. Along with the kings and sails, we have been catching some nice Spanish Mackerel, Bonita, Barracuda, and some cobia. We’ve also caught some big red snapper while trolling for the Kings! Once we’ve had our fill of the kings, we have been battling some large blacktip sharks nearshore behind the shrimp boats. we’ve been having multiple sharks per day upwards of 100lbs. Now further offshore, on the 10hr or 12hr trips, the bottom fishing has also been great. On a recent 12hr trip, one of our boats had a 16 fish limit of kingfish, over 40 vermilion snapper, triggerfish, red porgy, dolphin, african pompano! They ran completely out of ice and fish storage. They were stuffing fish in drink coolers just to get them all back to the dock! I’d alos like to inform you Team Buck Rogers, LLC has added a third boat to the fleet. In addition to the ‘Team Buck Rogers’ and ‘Drop Plan’, we now have the ‘Bill Collector’. I’d like to thank you for your support and look forward to provide you with fun fishing trip in the future! 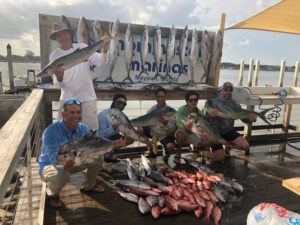 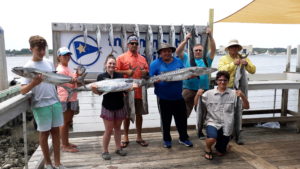 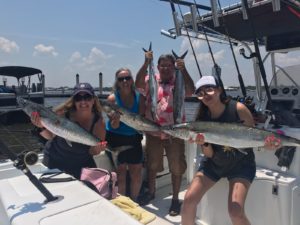 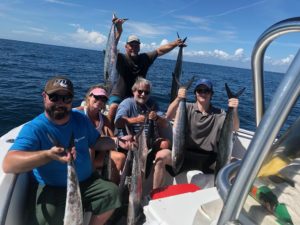 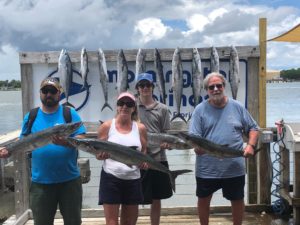 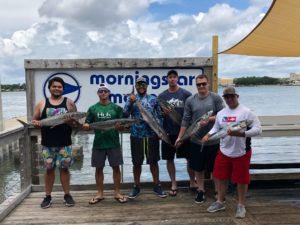 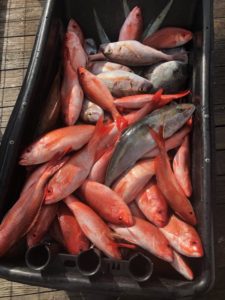 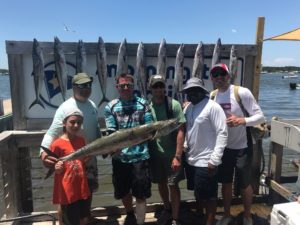 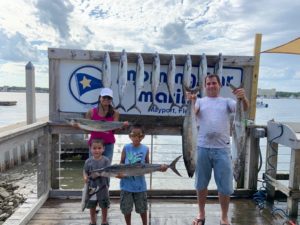